A shared philosophy for success 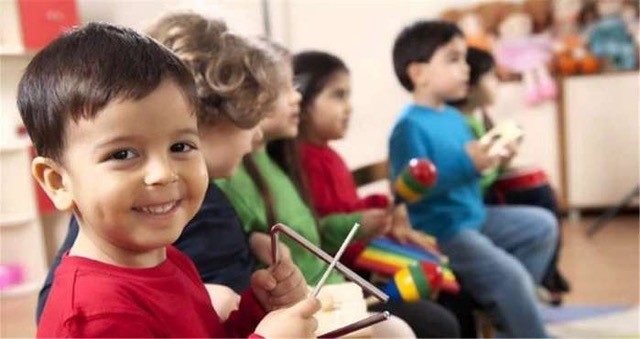 When Garrett Thornburg looked around his home state of New Mexico, he saw a poor place with big needs—and wanted the foundation he was creating to have impact. Rather than “scattering money on the ground,” he says he wanted to do things differently: “I wanted to focus on improving policy.”

That was a little more than a decade ago. In the years since, the Santa Fe-based Thornburg Foundation has become one of New Mexico’s largest foundations, focusing on early childhood education, agriculture and food concerns, and campaign finance reform. When the foundation launched its efforts on early childhood issues, Thornburg discovered that The Pew Charitable Trusts was already at work in New Mexico, pressing for better family support and coaching for new parents. Seeing an advantage in tapping that experience, the Thornburg Foundation decided to join forces with Pew in 2013, beginning a partnership that flourishes today.

A successful investor, Thornburg built his business by relying on research and facts, a philosophy he extends to his philanthropy.  As a self-described political “ardent independent,” he prefers to take on policy issues with a nonpartisan approach based on data-driven analysis and an effort to bring disparate factions together—an ethos that Pew also follows in pursuing workable solutions to public policy problems at the state, federal, and international levels.

“I really like the Pew approach,” Thornburg says. “You gather the facts, you bring in all the different parties, you find consensus that can move the ball forward, and then you evaluate how you’ve done.”

Over the past two decades, Pew has been in every state in the nation. Working on a range of national and international projects, Pew seeks out and relies on partners who share the organization’s goals of solving society’s difficult challenges, helping government be more efficient and effective in serving the public, protecting consumers, promoting public health, and conserving the environment.

One example is the Pew-MacArthur Results First Initiative, which has worked in a number of states, including New Mexico. That partnership—with the Chicago-based John D. and Catherine T. MacArthur Foundation—has assisted state legislators in bringing a robust cost-benefit analysis to policy and budget decisions in the areas of early childhood development and criminal justice. The initiative has helped lawmakers reduce recidivism rates, better protecting the public from crime and saving tax dollars, and highlighted investments in evidence-based programs that protect vulnerable youngsters and reduce the state’s long-term costs for children’s services.

As Results First was making its mark in New Mexico, the Thornburg Foundation was beginning to raise its profile and decide where it should direct its grants. The foundation’s new executive director, Allan Oliver, remembers state Senator Sander Rue, who represents Albuquerque, telling him, “Your foundation should work like Pew—with real research and evidence.”

In 2013, at Pew’s urging, New Mexico lawmakers passed the Home Visiting Accountability Act, meant to measure the success of programs that provide family support and coaching for expectant mothers and fathers. Not long after the legislation’s approval, the Thornburg Foundation leadership and Pew’s experts decided to work together to continue progress on behalf of families in the state. “When Pew comes in and says we’ll work in a nonpartisan way with research—it gives strength to a campaign and helps build momentum that keeps things going,” Oliver says.

One of the greatest challenges for family support and coaching efforts is winning the trust of vulnerable new parents so they will participate in the programs. So the Thornburg-Pew partnership is working to strengthen the outreach of the programs. By listening to participating families and family support providers through interviews and focus groups, the partnership is identifying why some vulnerable families do not participate and developing strategies for overcoming that hesitancy. The result will be a stronger family support and coaching system in New Mexico that will lead to parents being more capable and confident in raising their children—and children who are safer, healthier, and on track to grow and learn.

“Our collaboration with Garrett Thornburg and the Thornburg Foundation is having a transformative impact on families in New Mexico,” says Sally O’Brien, Pew’s senior vice president for philanthropic partnerships. “What is just as gratifying has been the partnership itself. We have shared knowledge and information with each other and worked hand in hand.”

Thornburg says he has found that Pew helps build strong partnerships, allowing smaller foundations to have outsize impact. The foundation’s top staff has met with Pew’s planning and evaluation team leaders for assistance in developing the Thornburg Foundation’s new initiatives and to learn how to set up measurements to gauge their success. And Thornburg and Oliver have met with other Pew policy experts, to seek guidance on strategies for the foundation’s projects as well as to offer advice about New Mexico that has helped Pew in its other work in the state.

“We’ve learned a lot from Pew,” says Thornburg, “not just about early childhood policy, but how to manage our philanthropy.”

Daniel LeDuc is the editor of Trust.